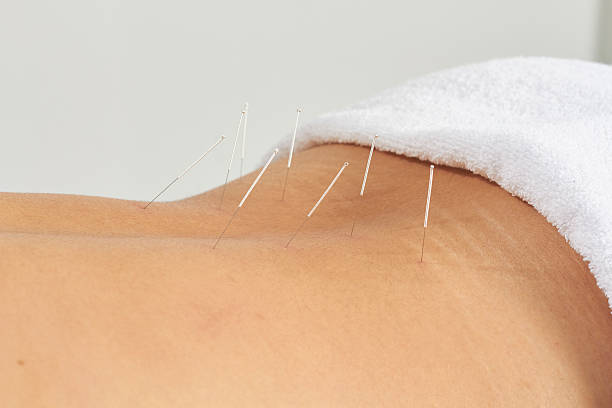 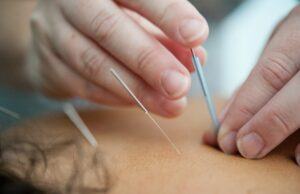 When your back pain is unbearable, you will do anything to stop the misery. The trouble is that you get to the point when you no longer want to swallow more tablets. Many painkillers either aren’t strong enough or if they are, they can cause all sorts of side effects. And who wants to face another day suffering from constipation, tiredness, diarrhea, headache, dry throat, and any other combination you can think of?

I reached that breaking point after one of my back operations, and a doctor friend of mine asked me if I had ever considered acupuncture. My first thoughts were negative, as I had just spent weeks in a London hospital and assumed this treatment would have been offered to me while I was an in-patient. But my pain had reached a level that was off the scale, so I was willing to try anything. I knew absolutely nothing about acupuncture and so I asked him where I needed to go to receive the treatment. Fortunately, my local NHS hospital offered a course of six sessions, so what had I got to lose?

During the time between requesting treatment and my first appointment, I researched all I could so that I was at least semi-prepared for what to expect. The first thing I found was that back pain is the main reason why people turn to acupuncture. So for a cynic like me, it sounded as if I was in the right place.

In the back of my mind, I had heard that acupuncture originated in China but didn’t realize that the art was so ancient. On the basis that it has been practiced for thousands of years, someone somewhere must be doing something right. And it’s worth pointing out that this was the start of a change in my mindset. In my opinion, you must start to think positively and really believe that you are going to beat the pain.

Modern-day thinking is that acupuncture works by releasing natural pain relievers known as endorphins. The skill, of course, is knowing where to apply the needles which is why you should thoroughly research the practitioner who is going to carry out the work. I don’t wish for this to sound scary (and it isn’t) but think of the skilled tradesmen you have employed in the past. You wouldn’t let an unqualified person re-wire your house, nor would you do the same with a plumber. So why would you allow an unqualified acupuncturist to work on your body? 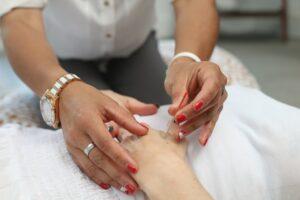 Because I was treated in a hospital, it was safe to say that the acupuncturist was highly qualified. Upon arrival at the ward, I was told that treatment would be in batches of six, each of which would be a week apart. If, after six treatments nothing had worked then they would start the second session of six. If after those six (twelve in total) it still hadn’t worked, then they would stop treatment as it would be highly unlikely that progress would be made. He made it clear that acupuncture does not work for everybody.

He explained that there are numerous acupuncture pressure points (believed to be in excess of 400). However, Western acupuncturists have narrowed this down to 5 when treating back pain.

More specifically, these are the pressure points that were treated:

I can only speak from personal experience but I found it very strange to be treated in those 5 particular places, as to me they bore no relation to my back.

But who was I to argue, because, after five treatments I walked out of the hospital upright? It would be a lie to say that I was no longer in pain, but the difference from when I started was phenomenal. 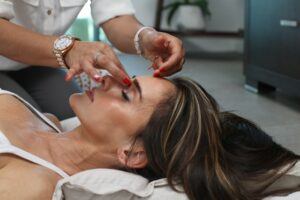 Some will argue that it is unnecessary to have needles inserted and that the same effects can be achieved by applying hand pressure to the areas described above. From my experience, I am not saying that cannot be achieved, but you only have one back, and I believe if the pain is so excruciating then go to a professional.

There are three things that I believe you need in order to benefit from acupuncture:

You may choose to ignore the third piece of advice but I guarantee you will regret it. There are numerous products available to help you, and I have always found the best selection and price range to be available on Amazon. I also strongly advise that it is far better to have the products ready for use, rather than wait for that unbearable pain to return.

I have searched many sites, all of which claim to have the correct solution for you, but they are of course somewhat biased. Personally, I’m a great believer in the power of  Amazon which allows you to browse a wide selection of manufacturers and goods so that you can make choices to suit you and your budget: Amazon.com

But more importantly, if you are serious about relieving your back pain (and by the fact that you are reading this post, I assume you are) you cannot afford to ignore this advice. I’ve been there, suffered the pain that you are experiencing, and found ways to live a near-normal life. But it takes willpower and back aids to get you there. Click here for an easier life: Amazon.com

How I Cured My Lower Back Pain At Home

What Can Cause Lower Back Pain In A Woman

Best Chair For After Back Surgery

Best Chairs For Lower Back Pain At Home