The Power Of Alternative Treatments 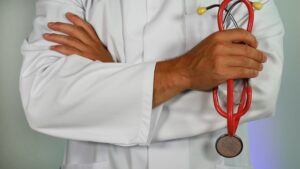 There could be a number of reasons why you have decided to research Alternative Pain Management for your back.

Whatever your reason for exploring other avenues, you must never give up your search for a cure. The minute you give in, you have lost! You really have to believe that you will overcome the pain. And by that, I don’t mean a half-hearted passing thought like “I really must give that a try sometime”. That is of no use to you, and chances are that you will continue your life in constant agony.

I have a hypnotherapist friend who specializes in curing people of their smoking habit. His success rate is very high…something like 83% of people he treats, stop smoking on the same day that he sees them. I once asked him why the remaining 17% didn’t stop, and his answer was quick and direct. “Because they either didn’t really want to stop smoking, or they didn’t believe they could stop.”

And so I hope this tale helps you to see the power of belief. If you are simply looking for an alternative treatment because a friend told you to look, or perhaps you thought you would dip your toe in the water to see what’s out there, then it’s highly unlikely that you will find success.

Having personally had major back surgery, I was left with terrible problems trying to stand upright. I cannot explain the frustration and mental anguish that I went through. In my case, having tried a multitude of treatments, I found a brilliant man who was an acupuncturist. He was very straight with me and told me that he had only ever treated one other person that was in the state that I found myself in.

But there was something about that man that I believed in, and I was determined to go along with him. To cut a long story short, I walked out upright after the fifth session. It wasn’t a cure, because too much damage had been done to me. But it was a method that got rid of the excruciating pain that I was in. I still have to be careful thirty years on, but being careful is a small price to pay.

So Why Did This Work?

There are a thousand stories that people can and will tell you as to why this happened. Most of them will be well-meaning, but most will be total nonsense.

I know that I had reached a point where I needed to wholeheartedly believe that I would overcome my problems. We’ve all read stories of people who have hit rock bottom when trying to overcome drink or drug-related illnesses. It was only when they decided that enough was enough they allowed themselves to be helped. Well, it’s similar to back pain. You can put up with so much until you reach a point where you say to yourself “no more”.

But what you will notice from the stories above, is that everybody needed a helping hand. In my case, it was an acupuncturist. In the stop smoking tale, it was a hypnotherapist. The drug and drink users needed specialists to help them. And it’s my belief that we all need that one person to believe in who will help us.

My particular treatment took place about thirty years ago. And so I have had plenty of time to reflect on what I may or may not have done given my time again. And I think the main conclusion would be to have avoided surgery if at all possible. The trouble was, there wasn’t a world wide web, mobile phones were in their infancy, and alternative medicine books were tucked away on a dusty shelf at the rear of bookshops. So it was hard to research the subject.

But that is not the case today. There really is a wealth of knowledge to be gathered, and I have spent a lot of time doing exactly that.

When I came across a series of exercises that had been developed by Dr. Steve Young, who claims to have helped thousands of people relieve back pain and sciatica without medication or surgery, I needed to know more.

Currently, Dr. Young operates his own private medical practice and is qualified with a Ph.D. in joint pain. His research has found that by targeting the release of pressure points, he has success after success. Being based in Philadelphia it is clear that the millions of worldwide bad back sufferers will never be able to meet, let alone receive treatment from him.

However, he has produced a series of easy-to-follow self-help videos called The Back Pain Breakthrough (all of which are immediately downloadable to your computer/tablet/mobile). Dr. Young claims that you will experience relief from pain within 30 days of starting to follow his advice.

I know 30 days sounds like a lifetime when you are in agony, but many people have found relief within a few days of following his instructions. And the good news is that if it doesn’t work for you, then Dr. Young will refund the cost of the program in full, no questions asked.

If you would like to know more about his program then simply click on the link below. You will see testimonials from people just like you and me who have had, or still are suffering from back pain.  It won’t cost you a penny to take a look, and it may just save you years of pain.

So if you’re really ready to say goodbye to the agony, and you need someone you can believe in to help you achieve your goals, click here:

The Back Pain Breakthrough 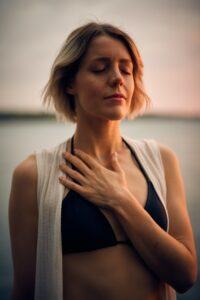 How I Cured My Lower Back Pain At Home

What Can Cause Lower Back Pain In A Woman

Best Chair For After Back Surgery